To the Lighthouse, Virginia Woolf

"In the Waiting Room", Elizabeth Bishop

The Sound and the Fury, William Faulkner

The Hour of the Star, Clarice Lispector

In Search of Bernabe, Graciela Limon 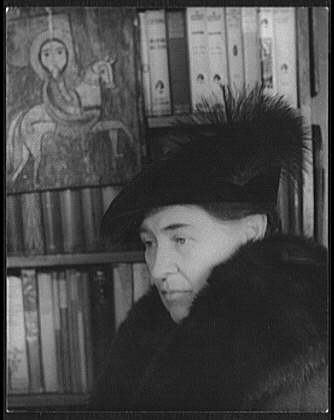 Outside my front window, where the deer comes not only at night but brazenly during the day to raid my birdfeeders, the air smells like snow. The deer got very full last night (two feeders’ worth of sunflower and safflower seeds) and left a mess which the mourning doves, blue jays, and crows are cleaning up. Meanwhile the chickadees and finches stock up before we have some weather. A perfect day for reading.

This week’s assignments include finishing The Trial by Kafka, whose “awkwardly funny” style, content, and language—as Sarah Culler put it on the first day of our tutorial—offers greater depth of understanding of life’s paradoxes with each word I read, and Margaret Fuller’s Woman in the Nineteenth Century. The authors have nothing in common; I’m reading Kafka in translation, after all—except for perhaps exposure to some key aspects of western civilization including Schilling and Goethe. Kafka, usually read as dark and despairing, mocking rather than angry, and Fuller, definitely read as angry but also intellectually, ferociously optimistic with her vision of a partnership between men and women founded on idealism, a kind of electric magnetism of souls, share at least the profound recognition of life’s paradoxes. Both combine classical knowledge with a tradition of faith, not really coming down on the side of faith. Both wrestle with aspects of particularized identities, Kafka as a Jew and Fuller as a woman, but neither allows themselves to be taken any less seriously—rather, they emphasize the irony of this the greatest paradox of all. Such writerly comparisons do not seem fair at one level, but the Kafka/Fuller dyad intrigues me nonetheless. I suppose that’s why I love teaching at College of the Atlantic. The more I think about Fuller and Kafka, the more I see the way each of them works paradox and how Fuller’s freedom comes through the rhetoric’s claims, Kafka’s—if it exists—comes through multi-layered rhetorical logic, a very inward-looking level of language. While they are alone in proposing this, Deleuze and Guattari strike me as understanding the power of Kafka’s language to resist the structures that embed it in “Toward a Minor Literature.” Regardless of whether you buy that argument, The Trial’s language and narrative play exquisitely tickle the philosophical senses. Woman in the Nineteenth Century; inspires at another level altogether. It’s time to plunge into the text and check whether any nuthatches have come to the feeder this morning.

Local politics at the gym

A lot of COA folks worked out at the gym yesterday; it’s like when you go to the grocery store—we all still call Hannaford’s “Don’s”—the community extends itself into the town and vice versa. Running into Elsie Flemings, preparing for a campaign for local state representative, made this abundantly clear. We talked of the local despair around the Maine school funding plan, the compelling power of local concerns, the desire of town citizens to be able to maintain their rural autonomy in an increasingly centralized state bureaucracy, and the rise of special needs among the local children, probably due to environmental factors. We noted the necessity and power of optimism and what it takes to maintain that energy, that hope—more than anything, the fire to keep working comes from the connections one forms with individuals and communities, each of whom exhibits caring, has a life that matters and a voice worth hearing. I left inspired and came home to watch Gwyneth Paltrow in Emma, entertaining but no where a near doing justice to Austen’s novel. The latter has a sister plot, as Helena Michie showed me long ago, and nuances of language that render each encounter between Emma and Mr. Knightley exquisitely frustrating until the climactic ending, not to mention significant scenery that I realize I prefer to read about, because it’s more true that way. Perhaps that comes from some genetic or social conditioning. What makes some of us love language as we do?

The Human Ecology of Literary Analysis

Underneath the surface of my thoughts, a constant project nags and niggles at my mind—the working out of a full and adequate theorization of literary ecology. Most scholars use other terms to describe the relationships between literature and the environment, or literary and environmental studies, or literature and caring about the natural world: environmental literature, nature writing, literature of the environment, and the like. The panel I’m chairing at the upcoming Northeast Modern Language Association Conference in Buffalo projects to plumb the theoretical depths to a greater degree, with papers on a variety of writers of the American realist period, including Ambrose Bierce and Willa Cather. But as I muse on what the conceptualization of literary ecology, using human ecology as its core principle, might look like theoretically, literally thousands of authors of fiction, poetry, and essays come to mind. Today’s epiphany of thought: all literature is environmental literature and all literature can thus be usefully examined with a literary ecology. Now there are some texts, like the 1791 novel Charlotte Templewe’re reading in Nineteenth Century American Women, that barely offer a setting at all. Yet the environment remains present as the heroine travels from England to the new United States; social mores, politics, economics, and historical conditions organize every word in the narrative by principle and perspective. Even more, the method of literary ecology works to reveal these forces, the interrelations of the humans to their environments: natural, built, social. Charlotte Temple tells us about its world; how can it not? So literary ecology probes the relationships of that world as manifested in the literary form and evalutes those relationships while revealing their consequences. Literature thus articulates problems and conditions as carefully and thoroughly as they can be perceived by an individual mind. The reader, doing literary ecology, has the tools of perspective on her side and finds an endless wealth of relationships and implications to investigate. It’s not “analysis paralysis” to do so; it is truly understanding relationships, the limits of knowledge worlds, how knowledges connect—and this is the real power—understanding what putting thought, feeling, and these insights together with individual and community action can do. That’s the blog. I’m still working on the theory, which will have to include phenomenology, sociology, rhetoric, theories of reading, aesthetics, ecological science, economics, political and social theory, and a few other elements ...